Languages We Have Perfected

Aburuf provides reliable, fast and accurate translations in the four (4) main languages whether it is for individual or business use. Furthermore, Aburuf is one of the fastest growing and top translation companies based in the UAE. In addition, we guarantee that you will receive the highest level of quality and confidentiality. Our company offers translations and interpreting services to customers based in the United Arab Emirates as well as companies globally.

Our translators are duly certified by the Ministry of Justice, United Arab Emirates. They are native speakers of the target language and have subject matter expertise. In addition to merely speaking and writing the languages for which they translate, each one of our translation specialists have lived and worked in the regions where the target language is spoken. Regardless of which language your document is in/or which language it will be translated into, the final document will read as though it were written by and for someone in your target country.

About languages in UAE

Arabic language is the official and national language of the UAE. The Gulf dialect of Arabic is spoken by the Emirati people which differs in accents from other Arab/ Middle Eastern countries. Also, UAE boasts large communities of people from many countries all around the world. Which makes the UAE one of the most culturally and ethnically diverse nations in the world. Another reason this country is attractive to not only tourists, but in particular, to new investors, established companies and businesses of all kinds.

Furthermore, you will find plenty of native speakers of languages such as Malayalam, Urdu, Hindi, Persian, Cebuano, Pashto, Kannada, Bengali, Punjabi, Tamil, Baluchi (Southern Baluchi), Russian, French, Somali, Tagalog, Nepali, Mandarin, Telugu and Spanish. As a result, one is forced to choose a common language in order to understand each other. When there are so many different nationalities and languages in one country, it is necessary to speak in the international language of English. 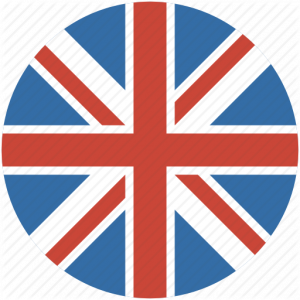